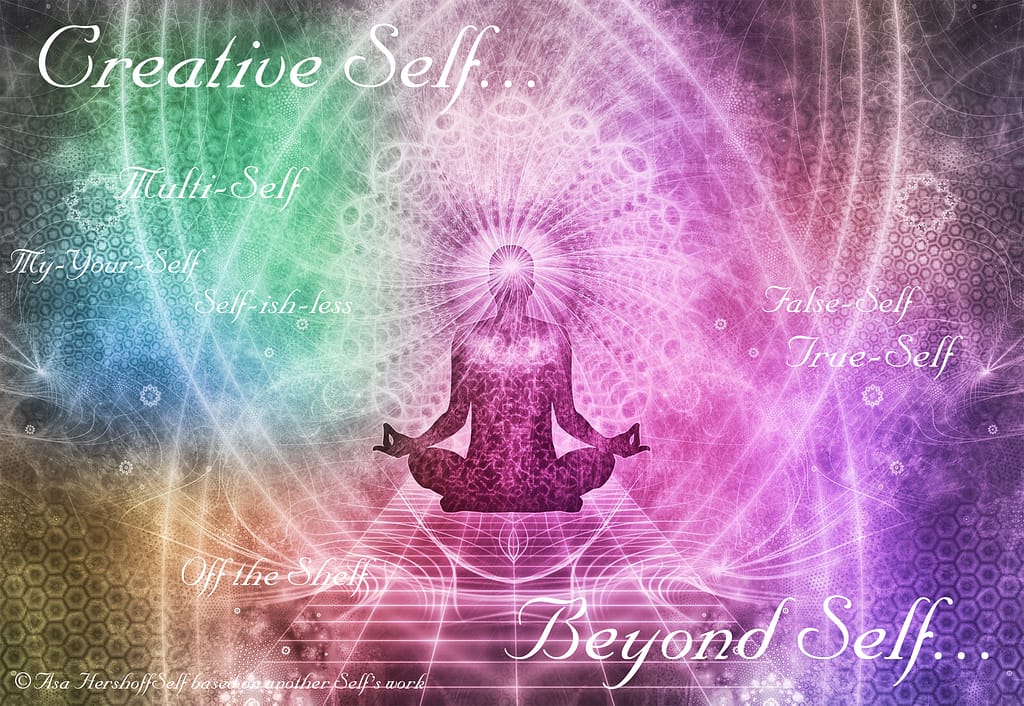 Like any religion, Vajrayana developed a codified set of rules, systems, behaviors, philosophies, and practices intended to guide the seeker sequentially along the stages of the path, directing them toward enlightenment, realization, moksha, the godhead, illumination, or a thousand other names that hint at our ultimate human potential. Some of these systems are fairly basic, while others are highly complex, intricate, and take many years to master. These various spiritual pathways are have their unique forms of stylized dress, ritual, sacred objects, and sets of symbols, and with their own specialized jargon regarding spiritual states and practices. Yet it is important to realize that this entire panoply of ordered systems all came from an unstructured source, from direct inspiration or spiritual impetus, from a space of realization; i.e. from Wisdom Mind itself. No matter how old and established a tradition might be, it takes its strengths from these non-linear origins. While they always arose within the context of an individual and a culture, nonetheless they each represented a new stream, a new force, an original configuration with ideas, concepts, and practices that were different from anything current, and possibly a departure from anything that had gone before.
Some of these innovations may have seemed incremental, while others were radical shifts. Looking back through the history of religions, in some epochs those changes occurred over centuries, while at other periods they appear almost instantaneously at a crucial nexus in time and space. All in all, however, surely the core of every one of these true spiritual paths must be to bring the seeker to that very same point or level as the original creative demiurge from which the tradition itself emerged.

There is an inherent paradox here. Can a set of values, ideas and practices-some of them extremely detailed and rigid in their operation-lead to a state of spontaneous, direct expansion, the antithesis of the method used to get there? The answer to that question can be stated simply: sometimes it does and sometimes it doesn’t. Experience shows that, indeed, ofttimes it is counterproductive. The elaborate construct of beliefs, ideations, and actions acts to inhibit the very thing it is designed to emancipate. Instead of a vehicle of freedom it serves as a spiritual straitjacket. For example, it is common for the tantric practitioner to visualize themselves as a deity and re-imagines their surroundings in various ways. There are very precise instructions (usually within the liturgy itself) on exactly how that visualization should be managed. The different ornaments, dress, form, and color of the body, facial expression, and so on are given in granular detail, as is very familiar to tantric practitioners. The inner visualizations of chakras, mantras, and their recitation are equally exacting. The fruition of these prolonged practices and verbal incantations over time is described as “seeing the face of the deity in reality.” But when that expression of pure energetics-consciousness does show up, will it look exactly like our liturgical description, which itself is highly symbolic in the first place? Should we hold out for something that looks like what we expected? And if it appears in a different, unimagined form, do we need to correct our very perception? What if that luminal expression is not even visual, but intuitive, tactile, auditory, symbolic, physical, material, pure-knowingness. This begins to draw the distinction between meditative practice and meditative experience. It is possible and even usual to have a spontaneous arisal of the expression of the deity that is nothing like what is it in any book or oral teaching. It arises directly from his Wisdom Mind. And isn’t that the point after all?

So in this balance, what is too tight and what is too loose? As the old adage says. When do we tether the mind to the visualization and when do we loosen it up a bit and let it flow naturally? And when do we let the reins fall free so that Wisdom expresses itself with full possibility? In a perfect world, we could say that this depends on the teacher, the guide. Because in that perfect world, the lama, teacher, priest, sifu, roshi, shaman, Great Kahuna, knows exactly when it is time to train the mind and when it was time to let that wild horse gallop over the plain where sky and horizon become one. Such teachers are not easily found. This is partly because there is no surplus of highly developed beings, but also because in today’s context it is difficult for many students to have that relationship. They receive an empowerment, go to teachings, do some group practice, and may get an interview once in a while. The real mentorship that is required in the guru-chela relationship is often absent and guru devotion is not a substitute for such direct interactions or interventions. On the other hand, it is not easy to guru oneself. Yet If the aspirant is particularly astute and allows themselves a certain level of creative freedom, they may in fact discern when it is time to loosen the reins and fly free. But even here that very much depends on a prior relationship. If a teacher does not have the perceptive ability and are themselves not creatively free, they would tend to err on the side of caution and conformity.

All religions are conservative by the nature of their organizing structure, the pressures of conformist culture, and their need to protect an ideological model. Tantra is surprisingly so, considering its origins and the “transgressive” methods it employs. This conservatism is certainly a major factor in limiting the kinds of teachings and direct tutelage given to Westerners. A direct mind relationship with a teacher is possible, but it is not standard. As described to me by one advanced teacher-practitioner: “There are teachings for monks, those for the level of the Rinpoche, those reserved for the tulkus, and finally there is the one-on-one disciple transmission.” And that may only be given to a few students in a particular lifetime. The Westerner at the same time wishes to be compliant and observe the proper protocols and so may not demand more than scraps. This is not advocating some kind of artificial democracy or equality among seekers. Yes, there is an element of meritocracy, of the deepest transmission being given to the prepared or the deserving. But like the rest of life, the Dharma is not fair, and bloodline, connections, favoritism, cultural background, nepotism, patronage, money, and influence can be crucial factors in where such attention lands. Yet even in optimal situations, it does not guarantee a personal touch. 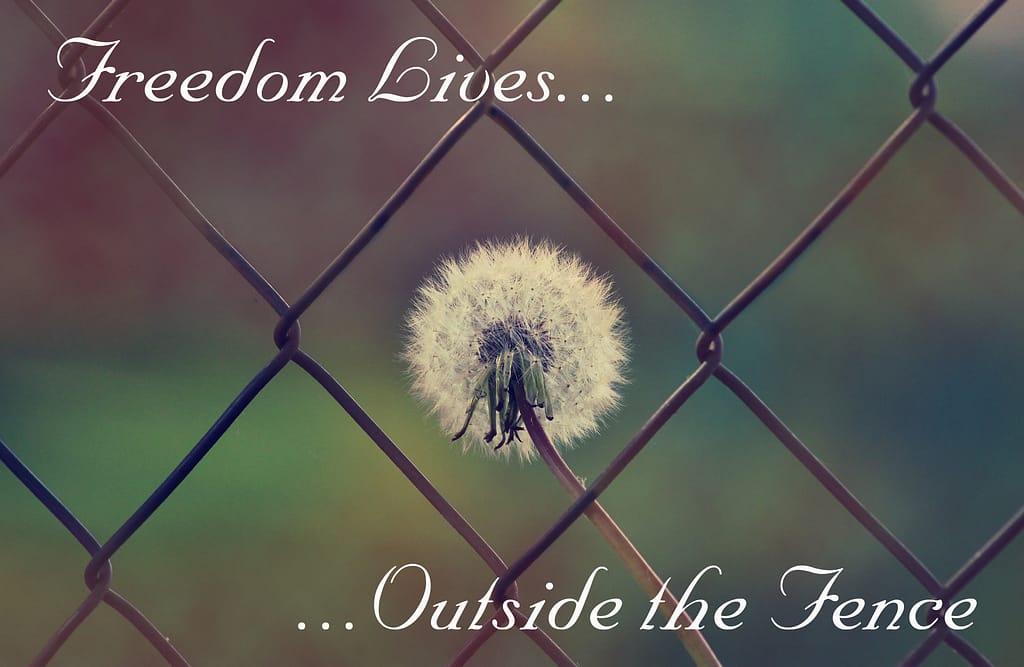 In our less than perfect world, in our new Dharmic age, the student is required to take their own self in hand. They must recognize that there are these different phases, and have the self-discipline, if no teacher is available that can adequately supervise, to continue learning the practices, but also the internal freedom and internal permission to “let go and let flow.”
One of the ways this can be integrated is to allow those moments of creativity to interpenetrate between more formal or rigid practices. This is accomplished in some measure in the way that Mahamudra or Dzokchen meditation can be interspersed between form-based practice. But this can wind up being rather stale, vacillating between two different forms of straitjacket. Deciding “Now I am going to open” is not necessarily a state of freedom and can easily become an artifice. Placing that creative experience-moments of expansiveness or openness-right within formalized liturgies and visualizations may be a more effective way to move toward spontaneous wisdom realization. Even better is permitting one’s claustrophobic spiritual ideology to breath and fall away during daily experience. When making offerings to the buddhas, see what shows up. When practicing Chöd, see what arrives. When sending light and sound out from the heart of the self-deity, be open to something unplanned and unexpected.

Self-trust or trust in Wisdom Mind is one of the greatest requirements of realization. And distrust of one’s psyche, one’s Wisdom self, is one of the greatest hindrances. And so constant admonitions that “ego mind is bad” puts students on a fool’s errand. Befriending mind as a whole, yet being able to differentiate between “garbage-in garbage-out” mind and Wisdom mind, between persona and essence, between essence and spirit, is the key to real progress in the Dharma. There is no greater spiritual gift from a teacher than helping an aspirant to gain confidence in their Mind-not confidence in their skills or their meditation, or their status, ability, or years in service, or their good karma or even their morality. All of these are superficial markers and are far too often promoted as an indicator or monitor of progress. In fact this very much hampers the ability of the student to grow up spirituality and to have the capacity to differentiate the bubbling up of expansive awareness. Indeed, many times when such things happen, the student is prompted to report it to the teacher for affirmation or denial. Again, these training wheels can be quite useful if correctly applied. Traditionally that is the modus operandi. But it may become just another set of handcuffs in which the student cannot trust their own intuition or perception. This continues to reinforce an external locus of control instead of an internal guidance system. The magnetic center in which they can assess or at least consider and ponder their experience for themselves.
The outer guru is only true if it brings you toward your inner guru. Otherwise these are false gods. Worshipping a false god hasn’t worked out yet, be it a political, financial, relational, or spiritual construct. It is a way of mental enslavement and, in some times and places, it also ties one’s body and life to that wheel. We need the map, the compass, and our own permission to allow Wholeness to occur. But with an accurate cartography of big and small mind, a working system of seeing where we are moment-to-moment, and allowing the creative force of realization to descend into our daily experience, we can move to the point of transcending these tools. And freedom is its own reward.