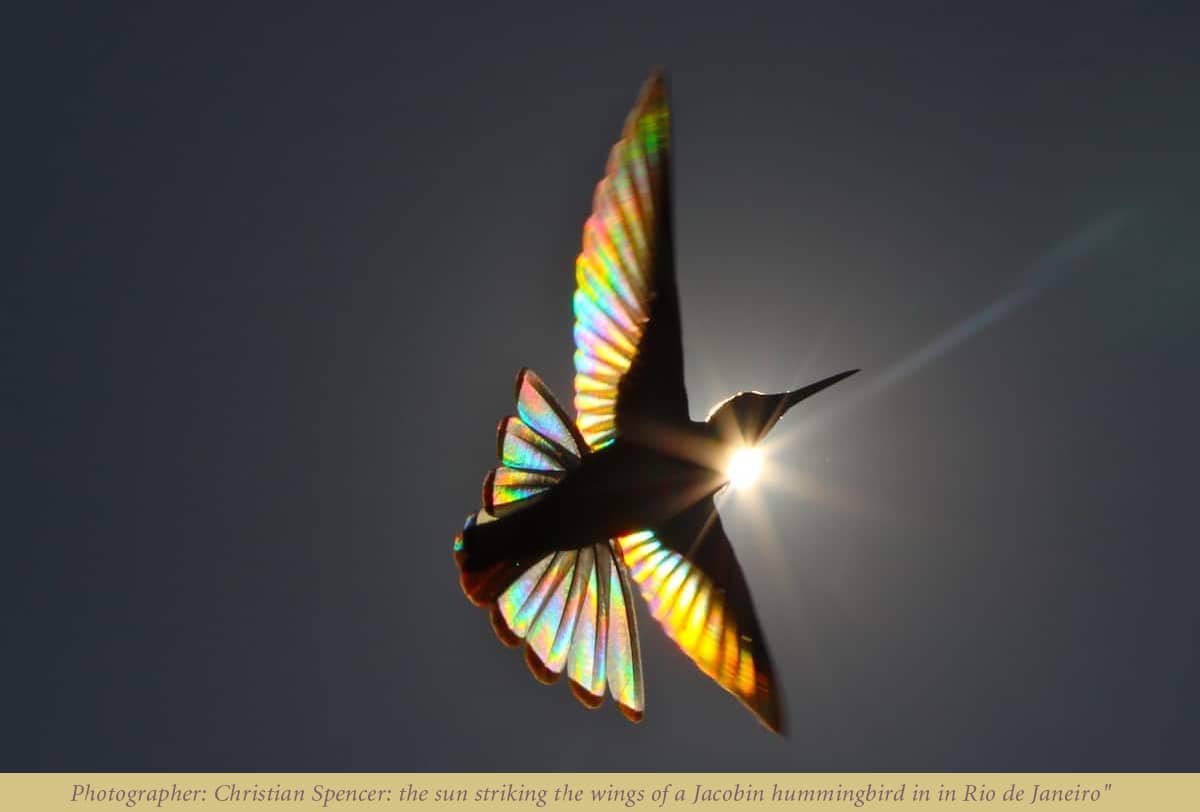 The possibility of developing a Rainbow or  Light Body from our physical organism is a profoundly important ancient truth that has come out of hiding in recent decades. This biophotonic structure can survive beyond the material organism, acting as a vehicle for a transformed consciousness—a luminous sphere of existence. But in the short time that it has come onto the radar, it has acquired a share of mistaken views. While there may not be any definitive cross-cultural compendium on the ins and outs of Light Body, some things can be stated clearly. And since modern biophysics is only now catching up with the reality of a luminous body, we must rely on the extensive historical evidence, written records, and teachings of past masters of Light Body technology. Based on that knowledge, we can look at seven current myths around the reality, development, and nurturing of Light Body.

For reasons both mundane and profound, many people have never heard of a Light Body, or that it is part of our human potential. Others, faced with this remarkable new information for the first time, may experience an inner resistance coming from religious, logical, social, scientific, or cultural concerns. It is a radical piece of knowledge after all, and one that may threaten one’s entire worldview or alter the course of one’s life. We all know that fixed belief systems can can be an absolute barrier to new information, even in the face of convincing evidence. Within the Vajrayana tradition, for example, that evidence is clear. There a dozens of well-documented cases of Light Body development over the last 50 years, and thousands of stories of such attainment over a dozen centuries. The cross cultural and panglobal occurrence is further confirmation, as Rainbow Body tales fill the annals of Christian, Sufic, Daoist, Shaivite, and other spiritual traditions.

2. You already have one

Just open your browser. A search for Light Body reveals a confusing and often bizarre array of websites, videos, and associated persons who talk about “activating” an already present Light Body. It is there for the taking. All that is needed is the right method to “graduate from the human condition” to quote one front page YouTube video. Such teachings use all the appropriate buzzwords, including prana, breathing, high vibrations, bipohotons, and scores of others. Generally, the idea is based on “ascension,” an originally Christian concept that has been equally co-opted in the soup of ideas called New Age. Visualizations, sacred geometry, mantra, and various other forms of meditation are all valid in the right context. Creating a salad of many pieces taken from ancient Eastern, Shamanic, and Western traditions is an interesting exercise in eclecticism. The problem is that, from the practical perspective, it is a false promise.

But how to discriminate between well-meaning but impotent teachers and imaginary paths, versus real schools of inner development?  Knowledge is a good first defense. A good litmus test is simply a broad study of the philosophy, religion, and spiritual trainings that have persisted for millennia. It is clear that nowhere are there indications of a “quick fix” to the problem of the human condition or the possibility of illumination. On the contrary, according to meditative and contemplative traditions of India, China, Tibet, and the Christian West, it is a life-long, difficult climb. Indeed, according to reincarnational traditions, it is likely to take innumerable lifetimes to accomplish. Also, nowhere do we see “results” from these methods. On the contrary, most who claim to be teachers of Light Body are dimmer than a 25 watt light bulb! Nor are their students disappearing into luminous spheres at last count. This is not an entirely innocuous kind of misdirection. Misleading people from the doing work that will bring gradual, but real results is considered to be the most serious spiritual “crime” one can commit. But from our own part, abandoning naivety and gullibility, and learning discriminating wisdom is a huge task, but one that each of us must undertake.

3. Only (substitute your religion) can obtain this

During a recent conference at which I gave a presentation, I discussed the worldwide history of the Light Body. I was surprised when a well-known Tibetan teacher objected to this panglobal approach, intimating that this was an exclusive possibility of Tibetan Buddhist lamas. Like every other field of expertise, there tends to be bias. Whether it is a sports team, a lifestyle, a health regimen, or a fashion trend, our preferences color one’s perception. But when it comes to issues that affect the whole of humanity, clearly no one culture has an exclusive right to inner transformation. Again, the evidence is present in the literature, art, and living traditions of Rainbow Body formation in cultures around the world. Anyone, anywhere is a candidate, if they understand the goal and get to work on it. In Buddhism, recognizing this extraordinary possibility is what turns a mundane existence into a  “precious human birth.”

This is a strange one. Spiritual traditions, such as the Tibetan Vajrayana, speak about and explain the necessary methods to progress along the path to Rainbow or Light body. But there is very little (if any) discussion about what happens along the road to that lofty goal. The point is that there is a progression, actually a growth and accumulation of change within the bio-energetic, cellular and atomic structure of the individual. This is one of the main reasons that it takes, at the best of times, several decades to complete the process. Some types of progress can be lost over time if they are not nurtured. Yet if a certain threshold of development is reached, permanent changes in an individual’s biofield structure can occur. Such changes will be accompanied by a variety of new functions and experiences. In Sanskrit these are called siddhis, and include what we normally call clairvoyance, astral projection, and fresh insights into the nature of life and mind itself. Perceiving one’s own or another’s stage or state, but the oral tradition and a living teacher can make such assessments. In other words, Light Body is like any other organic growth process. It is incremental, not like a light bulb being switched on.

5. Light Body is the answer to life’s problems

This important issue does not just relate to Light Body, but to spirituality altogether. A simple way to understand this is the profound statement: “Psychological and spiritual development are two parallel, non-intersecting lines.” Life’s problems, our stresses, anxieties, depressions, struggles, worries, weaknesses, and failings don’t magically dissolve with spiritual practices such as mantra and meditation. Spiritual development does not equal development of character or psychological health or maturity. The not uncommon occurrence of highly dysfunctional spiritual teachers (and students) should be clear enough evidence of this. Yes, mindfulness may come in handy as a form of psychological observation and insight. But it, too, can become a form of “spiritual bypassing” in which one avoids addressing the deeper issues, traumas, and behavioral patterns that have been programmed into us, or the maladaptive ways we have learned to cope. Fortunately, this problem was much greater in the East, where going into the mountains for 20 years was an option. Being in the nitty gritty of life is a more effective way to create Light Body, while simultaneously developing the character strengths, compassion, open heart, tolerance, and true grit that is required for a successful and fulfilling life.

Most practitioners learn the hard way that this process takes time. Not a weekend seminar, not an online summit, but prolonged and often difficult work. At the same time, this may be the easiest way to spot false paths to Light Body and misleading spiritual roads in general. To paraphrase the great Western mystic, G. I. Gurdjieff, it takes at least 10 years to truly master any language or to learn an art or skill fully, such as being a professional cook, designer, carpenter, and so on. And it requires at least double that to gain expertise in scientific or professional fields, such as a researcher, doctor, lawyer, financier, psychologist, and so on. Could gaining mastery over the energy body and achieving the highest goal attainable for a human being take any less than the devotion of a lifetime?

At this point we seem to have painted a picture of an arduous slog up a lonely mountain. But if we leave it there, we are in danger of perpetuating our own myth—that Light Body is only attainable by spending the rest of this century in a Himalayan cave. Not to worry. Although the signs and expression of progress toward Light Body may not always apparent, things do move along. In this natural progression, there is no rigid guidebook by which we can keep score. Moreover, there are many past stories of those who seems quite ordinary, humble, or inconsequential individuals who attained luminosity at death, leaving only their clothes, hair, and fingernails behind. Many others achieve their full fruition only after death, in the bardo state beyond this life. There is a point during one’s development when one crosses a point of no return, after which one’s light development is not lost, but carries over into the next life. But more than this, because of infallible karma, no sincere effort is lost during our time here. Slowly and steadily, with effort, our cellular structure changes, our brilliance accumulates and becomes a fit vehicle for a much greater consciousness. It is just a question of taking the next step, one day at a time . . . 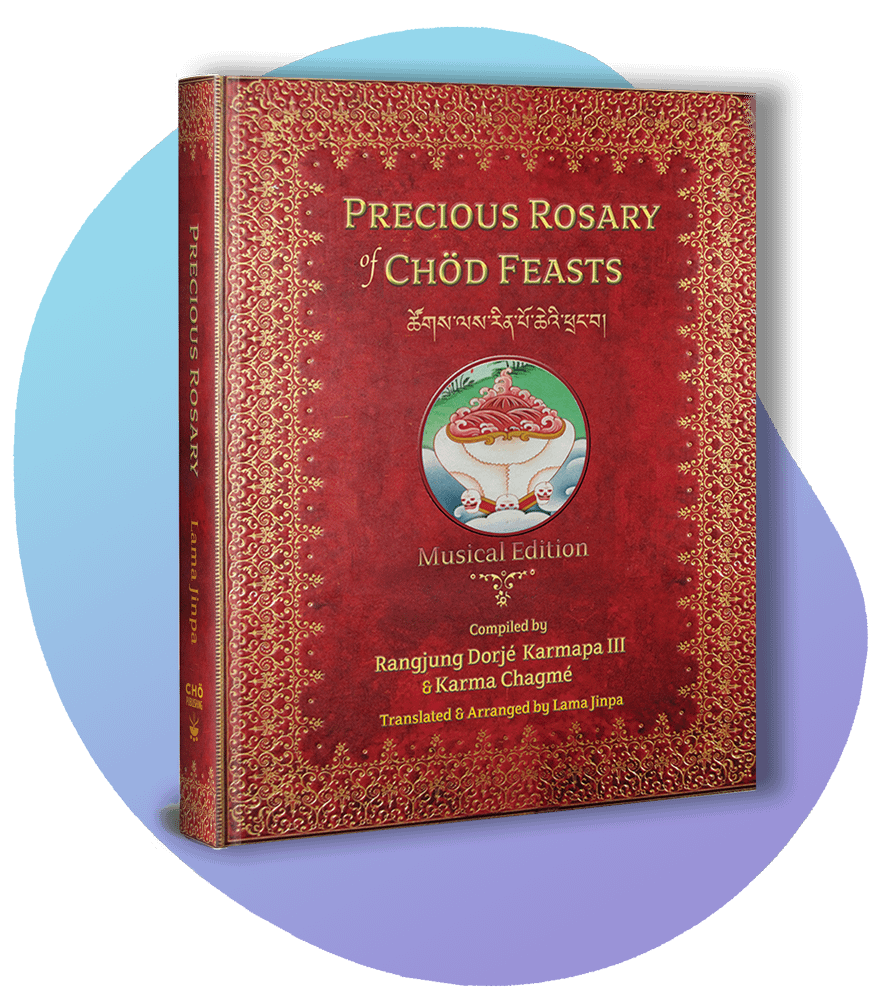